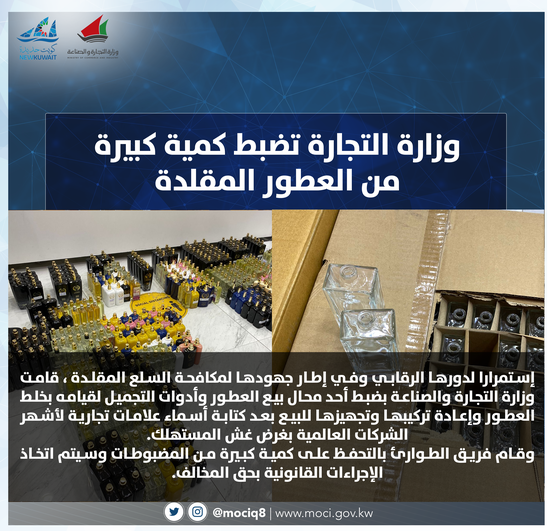 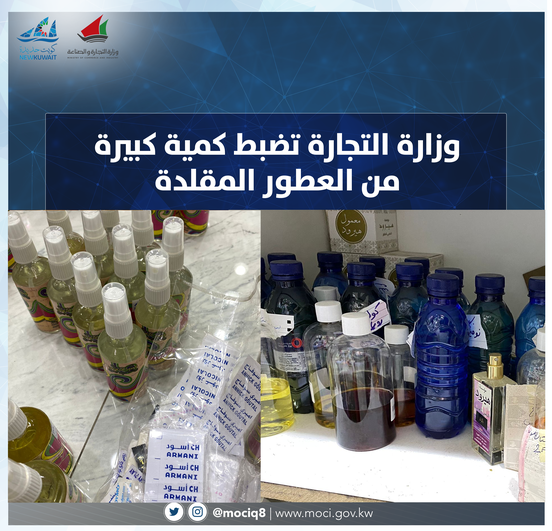 In continuation of its supervisory role and as part of its efforts to combat counterfeit goods, the Ministry of Commerce and Industry seized a shop selling perfumes and cosmetics for mixing perfumes, re-installing them and preparing them for sale after writing the brand names of the most famous international companies for the purpose of deceiving the consumer.
The emergency team has seized a large amount of seizures, and legal action will be taken against the violator.